More than 14,000 kilometres from her third-generation horticulture and sheep farm, young farmer Lauren East is at a global intersection of big tech firms and agriculture innovators. What brought the Manjimup, Australia farmer together with Google, Amazon, Microsoft, the University of California-Davis and agribusiness leaders to the World Agri-Tech Innovation Summit in San Francisco, California was largely the same - technologies ready to drive sustainable food production.

“I feel blessed to be on our property and born where I was,” says East. “To me, sustainability is about leaving our property and our soil better than we found it. I believe that will be my legacy, to build it up for future generations.”

Marketing lead for Corteva Agriscience Australia’s horticulture and insecticides portfolio Nicholas Koch, says the Summit offers the Aussie delegates a unique global learning opportunity. “We’ve got some of the best minds from around the world here today, and listening to some of the keynote speakers has really evoked some quite creative thinking about the possibilities for Australian farming in the future.”

Helene Dillard, Dean of UC Davis College of Agricultural and Environmental Sciences - this year’s Summit research partner - says too often new technology is developed without considering practical, on-farm implementation challenges. “When we bring the industry and farmers together, we have a much better chance of coming out with a real solution that’s going to work out in the field.”

Living on the second driest continent on earth makes Australian farmers some of the most innovative producers in the world. “We have to find productivity gains, and we have to be very efficient. That means that there are no opportunities to waste,” says Koch. “Innovation has always been a cornerstone of Australian farming.”

Government regulations and increasingly ecologically-minded food buyers are driving farmers all across the globe to invest in equipment and data systems to lower their carbon footprint by making crops use less water, pesticides and fertilizer. While sustainability can be defined in many ways, another Summit attendee, Kalbar, Queensland vegetable farmer Edward Windley points out, “At the end of the day, economic sustainability is critical to you being able to maintain the environmental health on your farm.” Still, with rising costs and other stressors, Windley says giving his sons a chance to one day take over the farm will depend on making his production practices more sustainable.

Agribusiness and tech companies may be pioneering scientific advances to feed the world, but some farmers fear consumer perception will remain a barrier to innovation. Consumers in the digital age certainly feel okay spending hours in front of their screens, but many are uncomfortable with technology in food production, perhaps envisioning an idyllic pasture with a draft horse and plow. Kim Martin, organic farmer in the southeast of Victoria, notes, “City folk very rarely these days have a country cousin they can go and visit to work out where food comes from. They just think it comes from the supermarket.”

Following the Summit, the delegates travelled south to California’s Salinas Valley region hosted by Corteva Agriscience USA Territory Manager Bill Seaman. Salinas Valley, known as the “Salad Bowl of the World,” grows large amounts of vegetables, strawberries, and wine grapes. Meeting with producers and some of the region’s largest crop protection service companies, the Australians heard the same talk about water and labour shortages as back home. Seaman maintains, “It is getting more and more cumbersome to deal with the regulations. Water issues are rising, and with technologies such as looking for chemicals in water in parts per trillion, issues that are maybe non-issues continue to loom on the horizon and will really change the face of what we do.”

As they prepared to make a 14-hour flight from San Francisco to Australia, the delegates shared a deep appreciation for the opportunity to travel to California and exchange ideas with ag leaders from across the globe. “Corteva Agriscience has been working for our farmers directly for years,” says Koch, group leader for the San Francisco Study Tour, “it’s important for us to have a deep understanding of the nuances of our farmer enterprises so that we can align and deliver new technology in a format which adds value in a way that is responsible and sustainable for generations to come 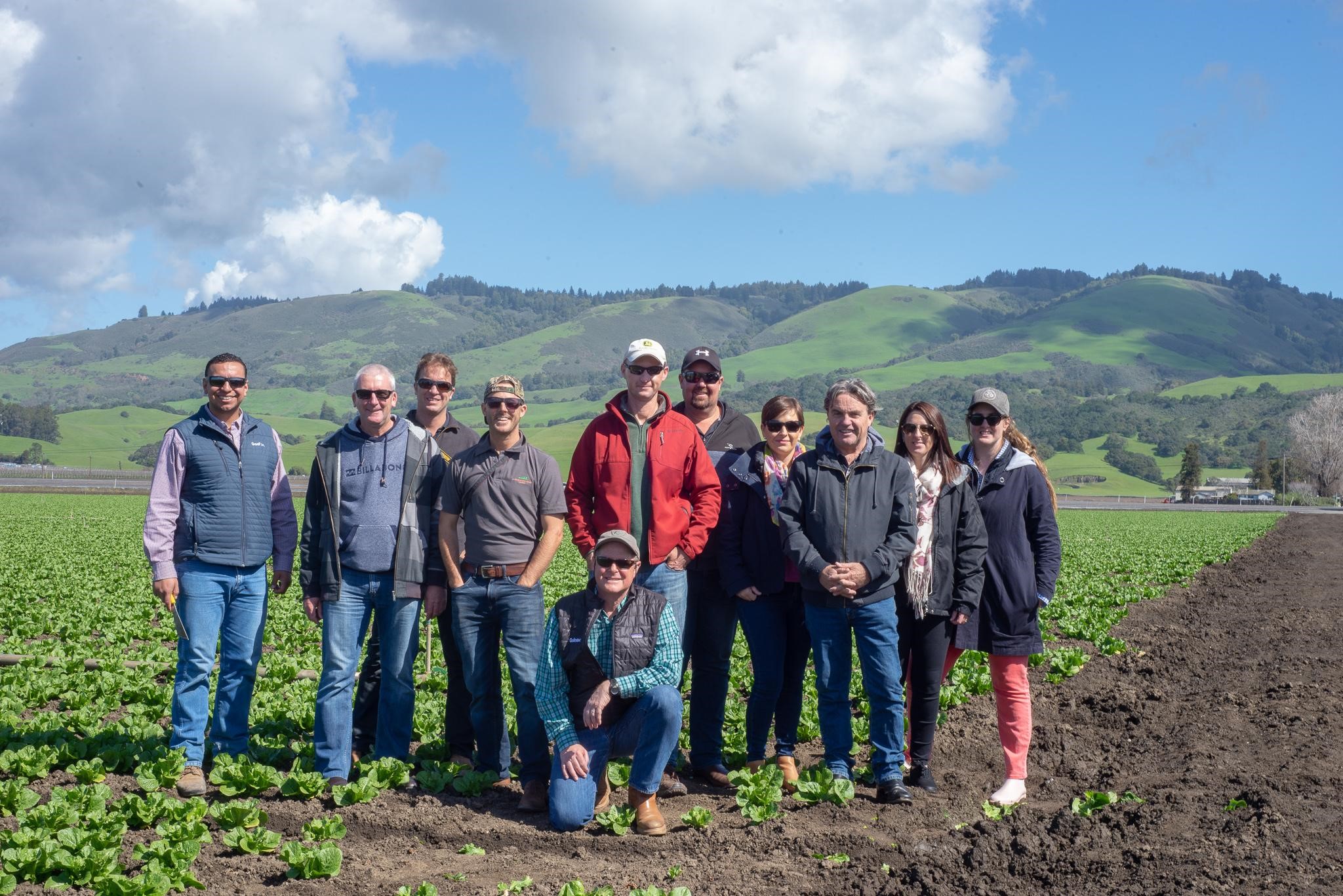 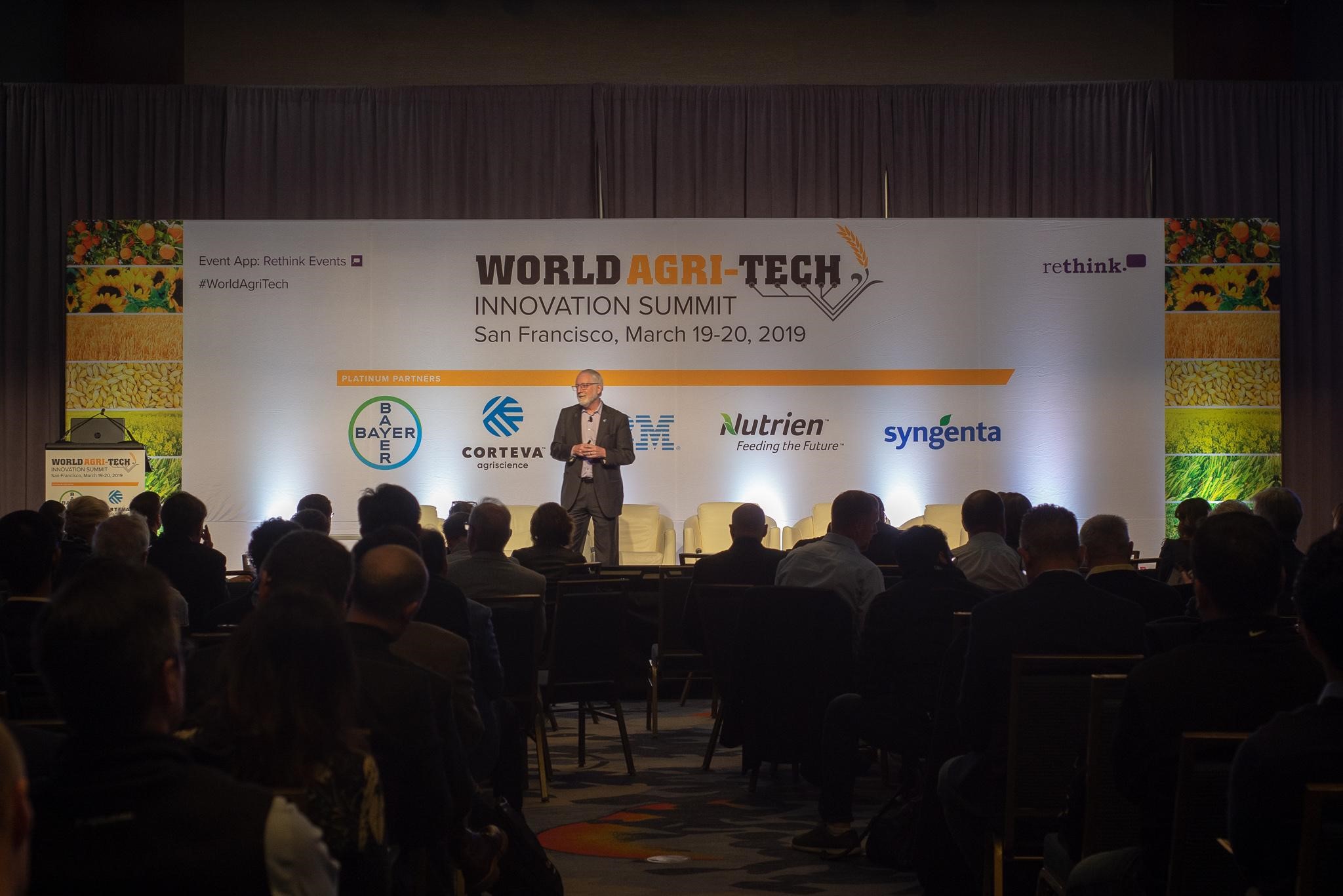 Neal Gutterson (CTO of Corteva Agriscience USA) speaking at World Agri-Tech Innovation Summit in San Francisco about "Healthy Food, Healthy Planet: The Tools to Get Us There" 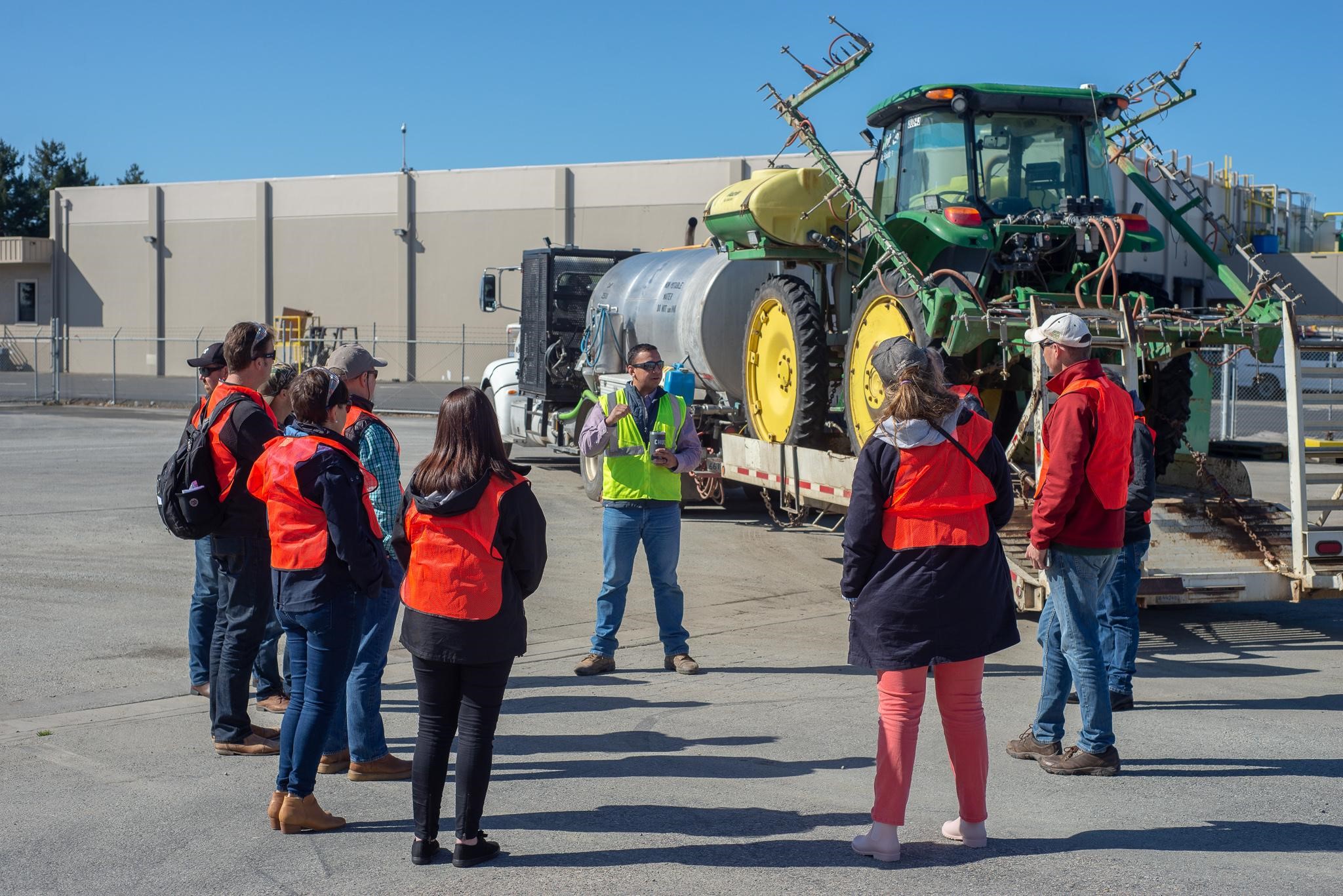 Lupe Carrillo (PCA for Nutrien Watsonville Branch) talks with Australian delegates about Nutrien - the largest crop protection service in their region - about the region’s agriculture industry, the challenges they face, and the way they provide service to their customers