Corteva Agriscience™, the Agriculture Division of DowDuPont, have announced the results of its first Australia-wide photography competition, with two Aussie veggie growers and an agronomist picking up the top prize.
The three winners, who each win a trip to San Francisco, USA to attend the World Agri-Tech Innovation Summit in March, a prize valued up to $12,500, are:
• South Australian onion grower (and fifth generation farmer), Darren Rathjen, from Delta Produce (Wall Flat).
• Tasmanian leafy greens grower, Lawrence Cowley, General Manager from Harvest Farms, Richmond (owned by OneHarvest Australia group)
• West Australian Senior agronomist, Courtney Piesse, who works for Elders Midland in Bellevue.
Nick Koch, Market Manager for Horticulture & Insecticides for Corteva Agriscience™ said the photography competition was a way to inspire creativity, whilst showing how nature and science work together on farms.
“We wanted to encourage farmers, regardless of their skills and equipment, to get out and about observing and experimenting with their photography. Ultimately it’s about promoting sustainability in agriculture and we all have a role to play,” Koch said.
“Our panel of judges looked for an original photo that captured the essence of sustainability: how nature and science co-exist in producing food.”
"We put the call out across Australia for growers to submit their best pics and we were thrilled with the response. We’re now looking to run and expand the competition in the future.”
Darren Rathjen’s winning photo, captured the moment where he was spraying an onion paddock with fungicide ahead of a weather change.
“The day this photo was taken, I was on the tractor with one of my daughters, spraying Zorvec Enicade® fungicide on onions before the expected bad weather arrived. My daughter suggested the scene would make a great photo for the Corteva Agriscience™ competition to show how nature and science work together hand-and-hand,” Rathjen said.
“I am stunned and thrilled to have won. And my daughter thinks she is pretty clever as well. It’s a remarkable opportunity to travel to the US and attend the world agri-tech innovation event, learn about new technologies first-hand and then bring that knowledge back home for the Australian onion industry.”
Lawrence Cowley’s winning shot was of himself and University of Tasmania graduate, Kurtis Upchurch, trialling different crop nets to cover baby spinach on the Glen Ayr property, about a week before harvest.
Cowley said he was delighted to win. “I heard about the competition through my local supplier Roberts Ltd in Bridgewater. The work we were doing with UTAS, trialling crop nets to mitigate weather events, seemed a great fit for the Corteva Agriscience™ nature and science photo competition,” he said.
However, it has not all been good luck with Lawrence, who won’t be able to travel to San Francisco due to other prior commitments.
“Of course, I would have very much liked to go. What an experience. Fortunately though, Corteva Agriscience™ are allowing us to send another OneHarvest delegate along in my place.
“I’m very confident they will take it all in and report back with a wealth of new knowledge about the global industry innovations and technologies.”
The photo Courtney Piesse submitted was a close-up image of a parasitised aphid on a potato leaf after an application of Transform® Isoclast active insecticide.
Commenting on his photo, Piesse said: “I was in a potato pivot a few months back, having used ‘soft chemistry’ I was keen to observe the positive impact on beneficial insects. I was checking for aphids and noticed parasitism occurring as the aphid mummy had an exit hole from a wasp emerging.”
“I’m very excited to be able to travel to the US to attend the world agri-tech innovation event with Corteva Agriscience™ and I’m looking forward to understanding the future global food needs of the planets growing population and where the production bases of the world are going to be in the future. I’m also extremely keen to see where the likes of big data, AI, drone technology and imagery are leading us and how best to utilise them in our production systems.”
The competition was mainly promoted to growers by local Corteva Agriscience™ representatives, such as Darren Rathjen’s Territory Manager Nick Weckert, who immediately saw the benefit for growers.
“The opportunity to go overseas and learn first-hand about innovations from world leaders in farming is invaluable. I’m delighted for Darren and the other winners as I know they’ll gain a wealth of knowledge and experience from the trip to bring back to the farm,” Nick said.
To see the competition winners, visit www.alliancewithscience.com.au. 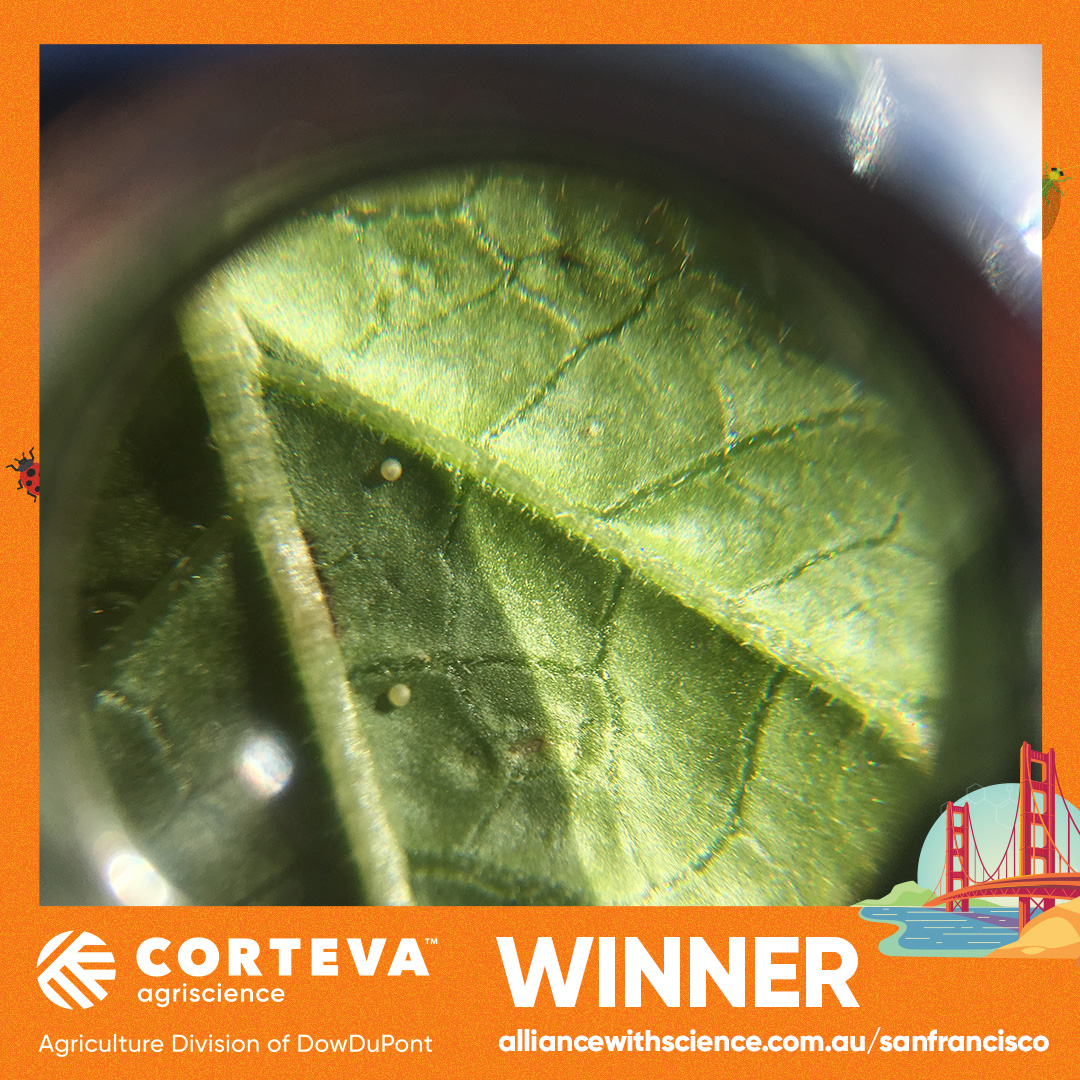