Herbicide resistance is a well-known topic.  Despite the first reported case of resistance identified in 1982, new cases continue to be reported with new species and mode of action groups.  Ongoing research is unveiling the mechanisms different species engage to develop resistance, which will assist in the development of programs to better guard the sustainability of our herbicides.  New active ingredients relieve pressure on existing products, but the directive of rotating chemistry, remains key.

According to GRDC, Australian ranks second in the world, to the US, in the number of herbicide resistant weeds.  Twenty-five species have been confirmed resistant to one or more herbicides.  Annual ryegrass was the first species found to be resistant to diclofop in 1982, however cross resistance was quickly identified across the fops, dims, imi’s, SUs and trifluralin.  It was quickly noted, however, that although wild oats was often found in the same paddock, and therefore subject to the same herbicide practices, it tended to remain susceptible to herbicides where annual ryegrass didn’t.  Research by Dr Busi et al in 20151 identified three critical elements to explain this difference.

Annual ryegrass requires cross-pollination, so any gene mutation that confers resistance is shared and the resistant population grows.  Wild oats is self-pollinating, so the proliferation of a gene mutation is limited.

Finally, it has been found that annual ryegrass has a greater diversity of traits for herbicide metabolism than wild oats.  When using label rates, these additional pathways are not normally employed.  However, where low rates are used, larger weeds are sprayed and/or in suboptimal conditions, which regularly occur in the field, resistance can occur via these additional pathways

Despite wild oats’ natural barriers to resistance, resistance to diclofop was identified in 1985, with cross resistance to haloxyfop identified in 1989.  Group A (the ‘fops, dims and dens’) resistance has been on the rise around Australia ever since.  In fact, there are currently relatively high frequencies (30-40 per cent) of Group A resistant wild oat populations across cropping areas in WA, SA, Vic and NSW2.  With the reduction in price of many group A herbicides, the desire to use this chemistry group almost exclusively is exacerbating the potential for resistance.

Data from Graham Centre (graph 1) shows marked increase of resistance to fops in the slopes and southern NSW.  Data from other areas is currently being analysed and compiled. 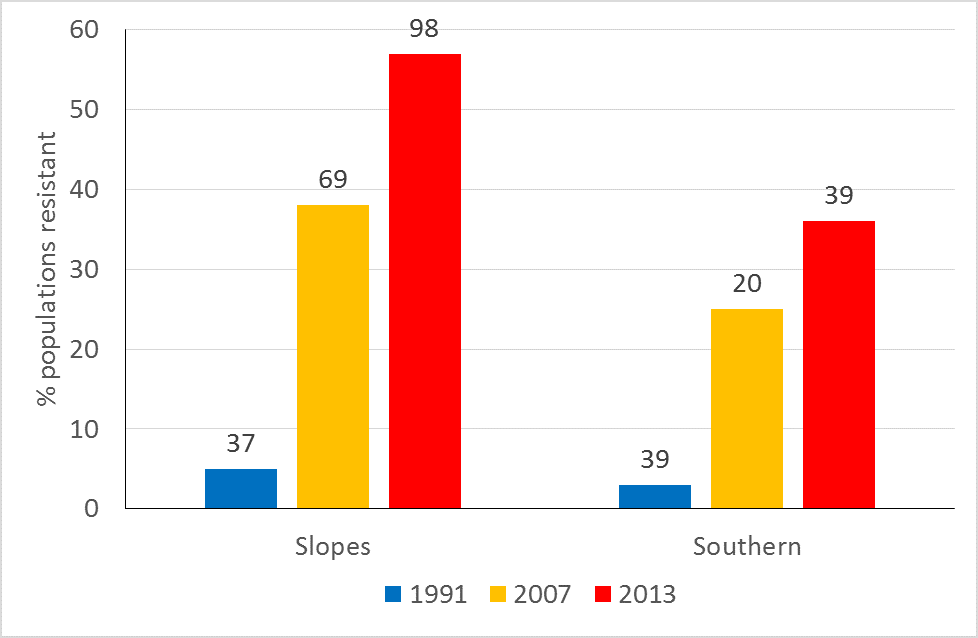 “There are limited post emergent herbicide groups for the control of wild oats and brome grass in wheat and even less in barley. Rexade™ herbicide with Arylex™ active (Groups B and I) takes the pressure off the Group A herbicides by controlling grasses in the wheat phase that are still susceptible to Group B chemistries. Wild oats, phalaris, brome grass, and other grass weeds are well controlled by Rexade along with many of the common broadleaf weeds that can also infest wheat crops. In fact, there are few weeds that will escape an application of Rexade + MCPA LVE; but it may also be tank-mixed with a range of additional herbicides if required” advised Mr Dixon. 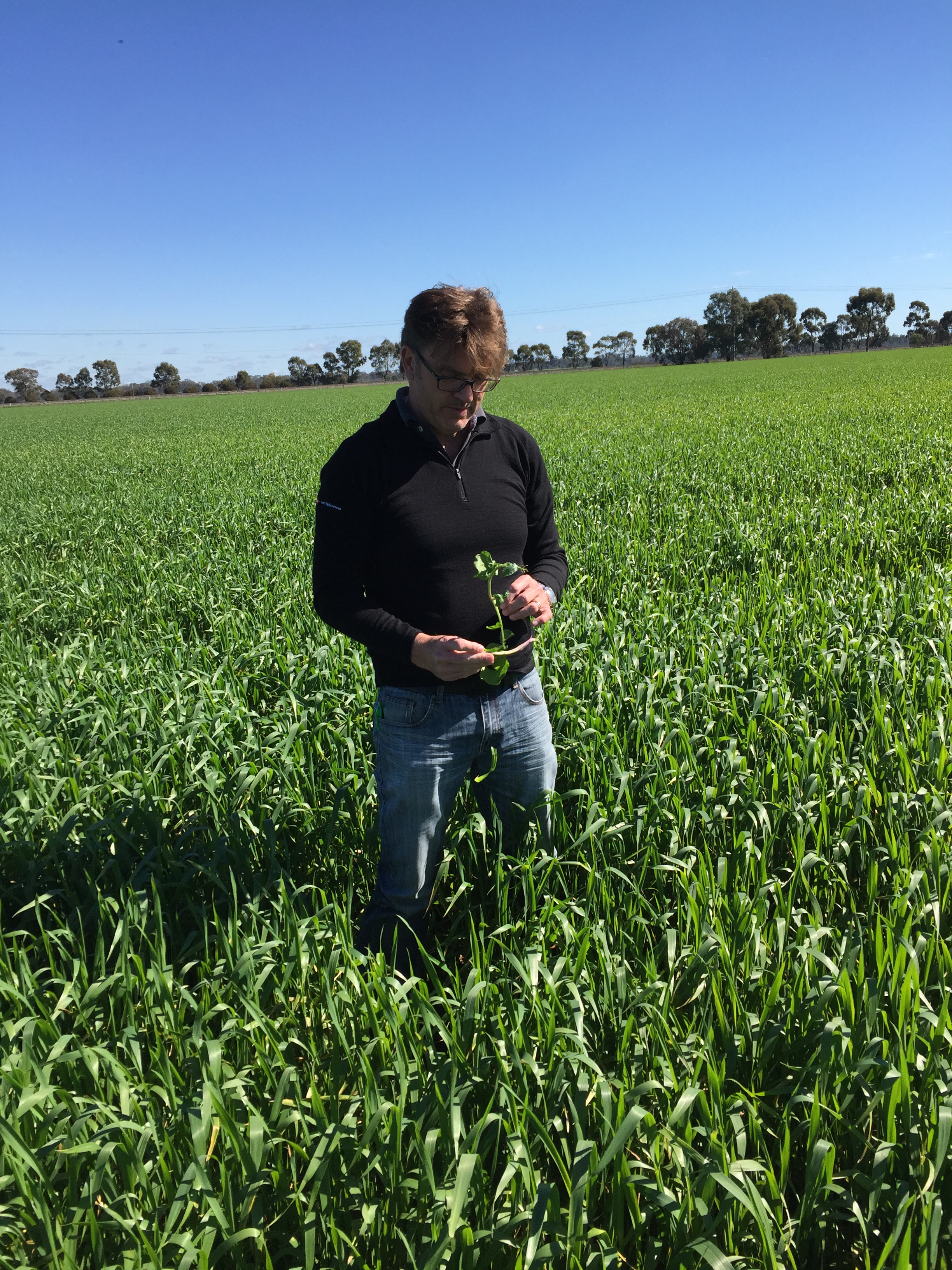 “Due to the late break this may be particularly important this season; making the most of every spray day will become very important.  Class-leading re-cropping intervals across all soil pH types, and the easy to use granule formulation, makes Rexade an ideal choice”,  he added.

Chemical rotation is, however, only part of an integrated weed management strategy.  Particularly where resistance has been identified, practices such as cultivation, burning, hay, use of livestock, crop rotation, double knockdown, pre-emergent herbicides, crop-topping, at harvest weed seed management and reviewing cereal varieties, sowing times and/or density should all be considered.  Preservation of our herbicides is crucial to the long-term viability of our industry and must form part of the decision-making process this winter.